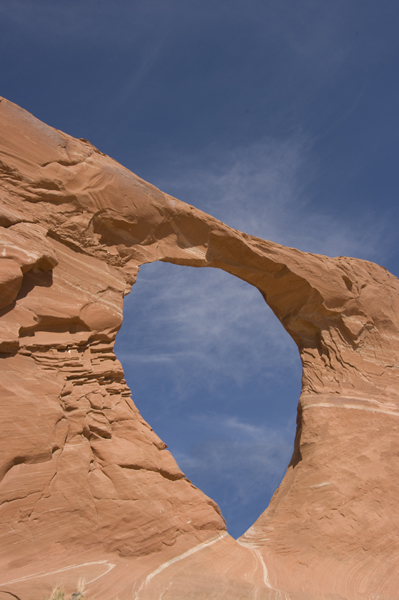 Named for Edna Earle Hope by her husband Herbert E. Gregory.
Edna Earle Hope, descendent of James Thomas Hope (1793, VA), married Herbert Gregory in 1908. He was a geologist on the faculty of Yale University.
During the summers, he worked for the U.S. Geological Survey doing studies of the geology of the south west.
Edna accompanied him on these rather demanding trips for several years after their marriage.
The Hope Arch is located about eight miles west of Chinle Arizona in the desert.
The Hope Arch had been described as "Arguably, the most beautiful arch in the south west".